I still love a good IKEA hack, don’t you? They never get old! Today we’re talking all about our DIY home office cabinets, which were done by way of a really fun, easy IKEA Besta hack. So let’s get into it!

I think I should officially dub this era on the blog “the old project era” because now that I’m finally getting a little bit more time to sit down and work now that Emmet’s 8 months old, I finally have time to finish some home project posts that have been hanging out there in the ether for a year or, gasp, two! Yikes. But listen, pregnancy and newborn life are a wild ride and I absolutely hate putting up DIY project posts when my brain is fuzzy or I don’t have time to be thorough because that feels like a disservice to you guys. You come here expecting me to dive into the nitty gritty details with accuracy and not cut corners so you can replicate these projects at home with relative ease, and I intend to honor that agreement between us! We don’t half ass it around here, K? K.

As mentioned, today’s super fun and satisfying DIY project post is all about about our office storage, which we really needed to complete before baby came because we both had so much of our work stuff piled up around the office and all corners of the house, and that stuff needed an organized, sensible place to live in the office, where it belongs, before we brought a crazy baby home. This was another one of those projects in our house that was years in the making. We hemmed and hawed over the best way to create storage in our little backyard office that wasn’t an eyesore for so long, and considered pretty much every option under the sun. We considered tons of DIY avenues, having a contractor come in and create some custom storage for us or even having one of our favorite custom storage system purveyors, California Closets, come in and do something really cool and functional. In the end, we really wanted to DIY this one because we thought it would be a fun, relatively easy, satisfying project to tackle ourselves, and when I stumbled upon IKEA’s BESTÅ cabinet units with the cottage-cool Sutterviken drawer and door fronts, I knew it was our answer.

How To: Our Home Office Storage IKEA Besta Hack

After inspecting the Besta units and all of the ways you can configure these versatile cabinets to fit your needs (seriously, the possibilities are almost endless), we decided to use several different Besta components to create a wall of low cabinets, made to look slightly built-in, along the back wall of the office behind our big desk. And here’s what we used to do that:

(could also use the new, similar White Siggarp Legs)

If you wanted your Besta storage to look even more “built-in” and seamlessly integrated with the wall, you could certainly forgo the feet on the units (the feet simply screw into top plates on the bottom of the cabinet frames) and build a base that you would adhere the cabinet units to. You could then add trim around that base to make it look like a true built-in storage unit. We didn’t do that because we actually liked the look of the feet and wanted the entire thing to be desk height so we could add a chair and have more functional desk space when we slide that “flexible” cabinet out from underneath the top panel. We also just wanted to keep this project as easy as possible, so not building a base and simply using the legs for height fit that bill.

There are, however, two small things we did customize and do a little extra work on in order to make this better fit our needs. And you can easily implement similar customizations, too that fit your needs. The first is that we had to cut down that middle top panel to fit that middle space. Our wall space is just shy of the 141.75 inches it would have required in order to utilize three full-sized top panels, so we had to cut the middle panel down ever-so-slightly to make the entire top of our storage wall look nice and even (as opposed to just lopping off the end of one of the tops on the outside). It wasn’t as easy as just shaving a little off on one end of the panel.

The snaps above and below will help give you a better idea of what I’m talking about here, but first we moved the two larger cabinet units in from the wall about 1.5″ each, but left the top panels on both of those units sitting flush against the wall (see the first picture above to visualize what I’m talking about). That created a nice little ledge on the inside edge on top of those two cabinet units for the middle top panel to rest on and be secured to (see the second picture above to visualize what I’m talking about). Once we did that and had the two outside cabinets and their top panels in place, we set the third top panel on top of them exactly where we wanted it (see first picture below to visualize). Once the third top panel was in place on top of the two outer top panels, my dad got underneath them and traced the angle at which we’d need to cut each end of the third top panel so that it would sit perfectly flush against the outer two top panels, with no unsightly gap at the seams (see second picture below to visualize how we traced that).

Next my dad and Chris put painter’s tape along the top of that third top panel right where our traced line sat on the underside because when cutting these ends off there’s potential for the material to splinter, and by putting tape along the material on the side that will be visible once it’s installed, the cut will be cleaner. If the material splintered along the underside of the top panel it doesn’t matter as much because you won’t be able to see that side in the end, so we didn’t run tape along that side. Next they just used the saw and cut along the traced line! And though we all had our doubts about how easily or cleanly this material would cut (it’s listed as “particleboard, paper foil, clear lacquer, oak veneer and tinted lacquer”), it actually cut so cleanly and looks pretty perfect.

We also drilled out a hole in the upper right corner of that middle top panel and added a grommet so that we can neatly manage chords that run up from the outlet (for things like a printer, computer and phone charging chords, etc…), but I just saw that they now make a top panel that already has a spot cut out in the back for cable management. But that would really only be useful for you if that cutout is in the right spot for what you need. Nevertheless, it’s an option and I linked that above in the materials list.

Something else that I’ve also been meaning to customize to make this project better fit our needs are the legs on that “flex” cabinet that we can move in out from underneath that middle top panel. To make it even easier to move in and out to make more desk space, I’ve been meaning to replace those legs with casters so it will roll. The casters just need to be the right height to make sure that it still fits snug right underneath the top panel like it does now, and I’m assuming that I’ll try to find aged brass casters that match the rest of the hardware.

Speaking of hardware, the hardware we used here and absolutely love seems to sadly have been discontinued since we completed this project (guess that’s what I get for waiting to post this project for so long!), but in general we wanted an aged brass look, with cup bin pulls and these fun little bar knobs to add more of the cozy cottage feel that we’ve injected into the rest of the office. Luckily, there are tons of similar options out there, my favorites of which I’ve rounded up and linked below! What’s great about IKEA’s cabinet fronts and drawer fronts is that they don’t have any predrilled holes for hardware, which means you’re not limited in the size and style you can use here. Which also means that the hardware you choose can be a fun way to personalize this project to suit your style.

Another cool thing about this IKEA Besta hack project and the Besta cabinets in general is that even since we completed this project almost 1.5 years ago, they’ve released more fun Besta components and styles that you can mix and match to fit your storage and of course style needs, which makes the Besta line even more versatile! I already mentioned that they now make top panels with pre-cut holes for cable management, but they also make more fun cabinet front style options, as well as more cabinet leg style options, too. Which means that no matter the style of your home, you can probably find options that fit what you’re looking for. So fun!

So that’s the skinny on our easy, functional IKEA Besta hack that created our DIY home office storage cabinets! Simple, affordable, easy on the eyes and most importantly, super functional. If you have any questions about this project, shout them out in the comments and I’ll do my best to answer ASAP! 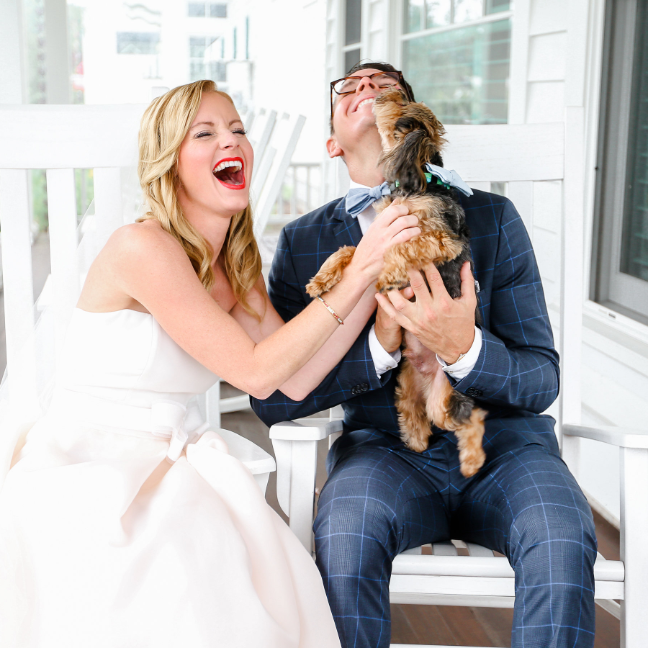 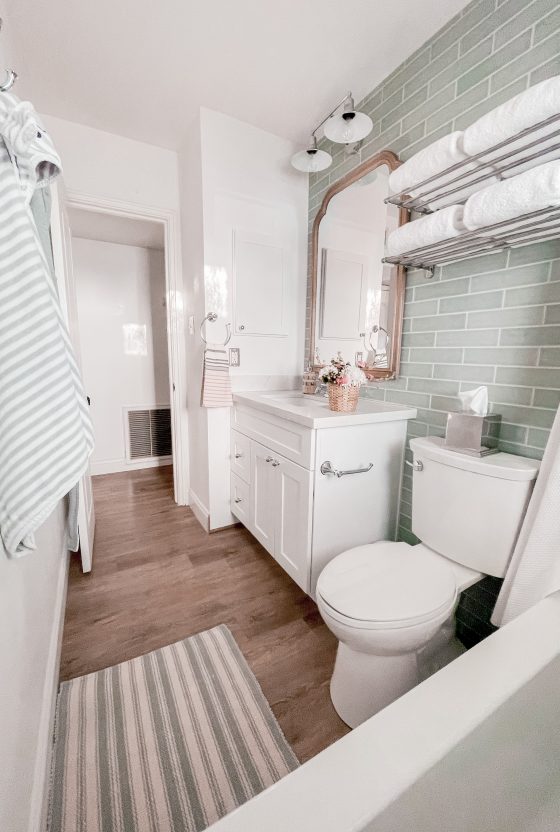 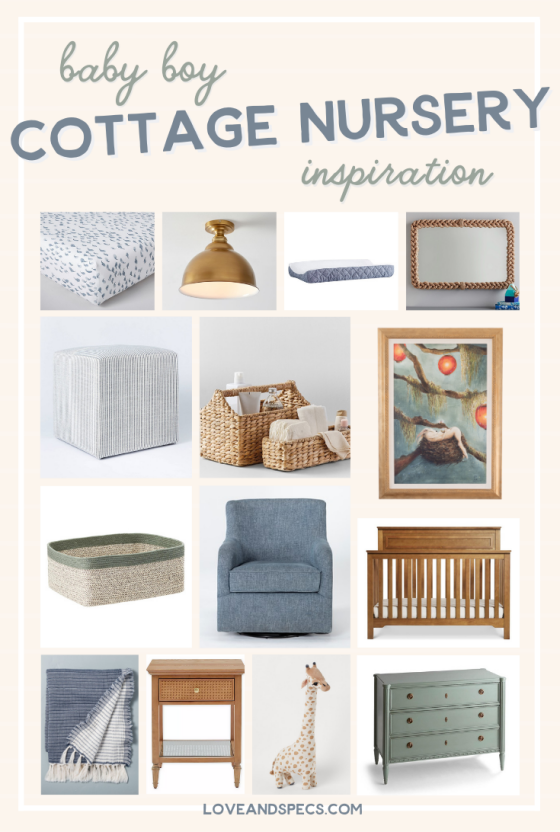 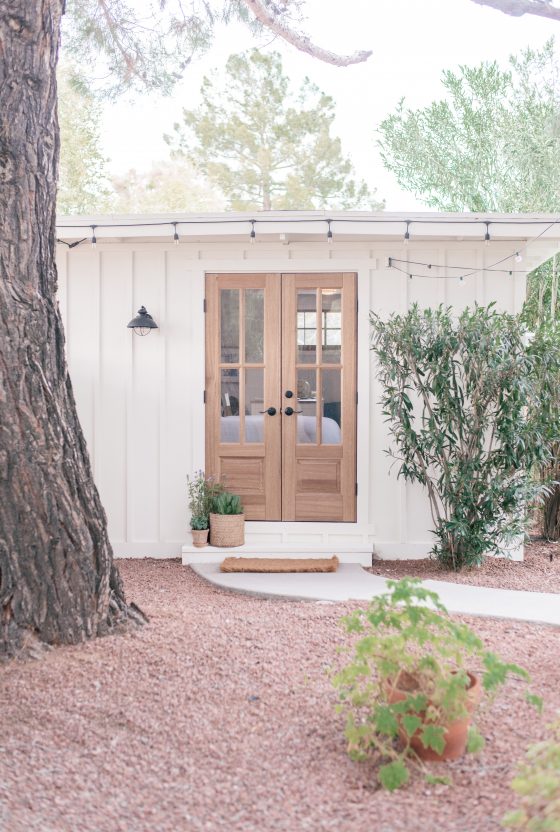 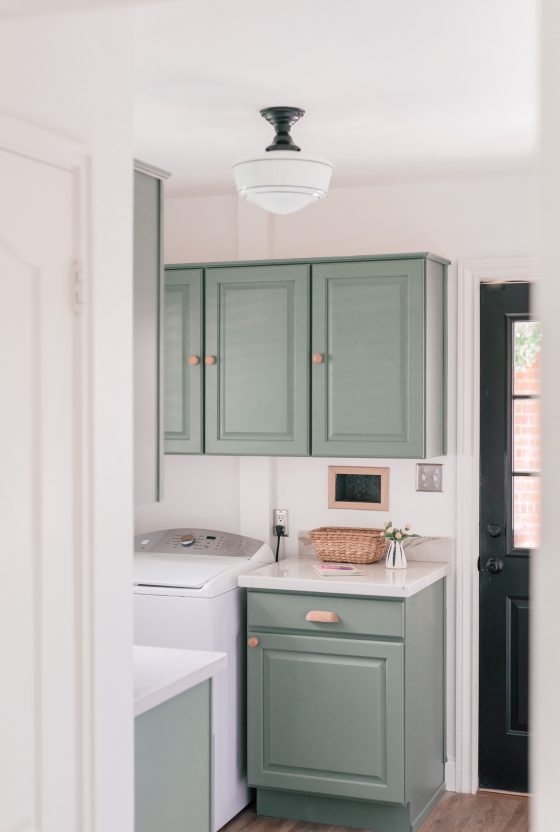